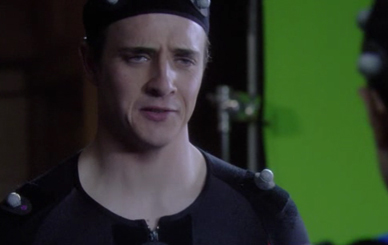 Churley motherfucking, piss inside my mouth, holy shit Burger. Wow. Douglas Coupland and CBC have unofficially hit their stride, so after a good long indoor rock climbing session, they sat the jPod dinks down in the Churley Burger for a celebratory lunch. They were sitting there enjoying a pretty nice burger that looked like it might have even been on a kaiser and the Churley Burger mascot, a handsome and misunderstood clown, showed up and kicked the ass of the midget for everyone for dessert. The clown kicked him right in his tiny face because he’d been trying to make three-faced babies with the inbred girl. That’s a no-no, little guy. Clowns own all illiterate women, this is represented everywhere in society and I will leave you to collect your own personal examples. Everyone went back to the jPod and were still hungry so they cracked into what they called Lesagna; that’s lesbian lasagna, and the up-until-now-useless character had stolen it from his mum. She showed up like some kind of gentle Linda Hamilton, demanding her lesagna back because it had the placenta of her minion cooked right into it and then the tanned and plucked but still masculine character jizzed right out of his mouth. Right out his shitty, perfect mouth! And a polenta joke to boot.

FHM Asia‘s Sexiest Woman in the World went down to the lesbian commune for more lesagna, and just as they pulled out the anal beads and flopped her over the gigantic pile of Crocs in the yard, the G rating was maintained by cutting to the shittiest fake pot plants and most poorly written mock turtleneck ever in existence. I got really upset for just one moment, and remembered that these folks have fucked me once with the authentic crackhead, but everything got promptly turned around by Mr. Alan Thicke with perfect, perky, supple girl breasts. Yes, my pee-pee caught on fire when I saw that. My pee-pee exploded. My pee-pee had an aneurysm. Then both the midget’s mom and Gentle Linda Hamilton had a little kissing session, FHM Asia‘s Sexiest Women in the World understandably cried for 13 minutes of the episode, the clown beat down the midget again, the sweetener in the low-sugar cola was breast milk, and the Darkest of the Hillside Thickett ate some really, really old lesagna right out of the box! Coupland, CBC, you owe me a new dong.

Next Episode: John Gets a Package in the Mail!