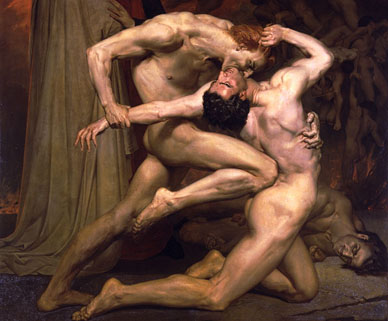 As absolute confirmation of the passing of time can be measured exclusively by the general media’s annual “Year In Review”, We at Only have opted to take the high-ground this year, straying from the expected summarized opinion of the conglomerate. To what purpose our displayed ability of summarizing a selected term’s previous happenings via internet caching? Nay. Therefore, after careful consideration and many-a-discussion We have received approval to provide the official Only Magazine Mid-Summary-Season Random Media Quality Assurance Test 2007.

In this example produced by the Cintra Wilson of Paper Publishing Inc., a clear message can be deciphered within the text relating to the mounting parallels between the velocity of documented demoralizing events of happenstance involving society’s alpha citizens and nuances to a fresh understanding, consideration, justification and need for cannibalism. That coupled with themes that address the wide-spread epidemic of untreated bipolar disorder within the growing establishment of physically fit or altered taxpayers supports this summary’s overall presentation, administering a refreshing and palatable eulogy.

Wired News‘ annual Vaporware Awards recognize organizations and their accompanied objects that, while touting a valid contribution to an improved technological landscape of tomorrow, face challenges to design or production that incur delays (failures) that cosmically serve to remind the human race of it’s infinite limitations. As to allow the intended suspense to linger that is accompanied with a list of this capacity, We will not divulge any of the details regarding this document, but can opine with free conscience that if number ten is a perpetual energy generator, the top three simply must be bowel-shakingly Civilization-defining.

In this, the most elementary musing of Beyond Robson contributor Peter Pimentel, a definite pattern can be seen relating to the observable presence of the eternally tortured spirit of a 14-year old young lady that has committed suicide and obtained access to HMV’s 30 top selling records from beyond the grave. While those interested in paranormal and anomalous studies may in the future find value in this documented case of possession, the subsequent article in its current existence can only serve as a warning of the dangers of ill-fated attempts to contact the spirit world via Ouija board.

In the coming week expect a sheer assault of round-ups, lists, montages, one-hour specials, quizzes and photo sets offering insights into the year past. Be cautious, as this information could in some cases be subconsciously stored in the spongy blackness of the reader’s perineum and slowly distributed back to the temporal lobe, causing slight variances in the reader’s behaviour in future social interactions. Thus, if consumed without discretion, the acceptance of these summaries could lead unwitting members of the literacy community into a state rendering the reader a burden to all who encounter them.