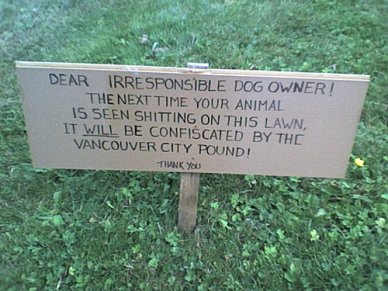 ONLY’S WEEKLY WEEK IN REVIEW
– With the legitimacy of information found on the internet generally held under great scrutiny, why are journalists using it as a primary source? If you don’t know the answer to that question, it means that you somehow missed our earth-shattering indictment of CanWest’s lazy journalists. Read it now, and make good with God… She’s watching.

– Aside from Scrabulous on Facebook, calling bullshit on the Province has officially become our new favourite pastime. We called them out for sensationalism with their six-part-series on youth gangs, and they retaliated. It’s Only vs. the Province everybody! Watch out for more muckraking next week. We’re coming strong.

– Amil weighed in on the Sally Field censorship debacle, and put FOX in their free-speech-hating place.

– We learned that there are still a few people in this city who still own castles in Dubai.

– Chris-a-Riffic wished Better Friends than Lovers good luck on their impending (and ambitious) tour by eating chocolate smokes and making up phrases like “unicorn on the cob pipe bomb.”

– Don’t tase me, bro! became a pop-culture catch-phrase, and predictably looks great on a t-shirt.

– Never heard of Uwe Boll? Well, we apologise for telling you about him. Sorry.