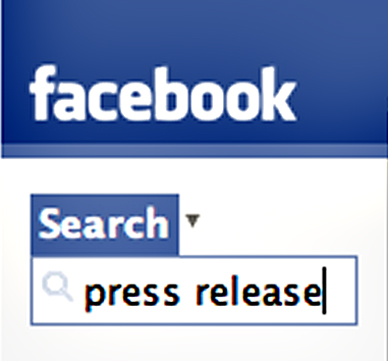 In late August of 2007, Mark Zuckerberg, the 23 year old CEO of Facebook, was featured on the cover of Newsweek. If you haven’t been keeping up, this means that Facebook has officially crossed over and is no longer just for college kids. The 40-plus crowd is signing up in droves to welcome the wonders of Web 2.0 into their usually geriatric lives. But while some of the middle-aged majority may be warmly embracing the phenomenon of social networking, the rest are sternly holding it at length. This adult apprehension to public displays of personal information has been constantly highlighted in near daily articles on a wide range of its implications.

But Facebook isn’t just an excuse for aging journalists to wax poetic about the joys of society’s new communicative technology, or denounce it as our downfall. It has become a source of information, and like all information online, it is in the public domain and free to be published. The role of Facebook as a tool for information gathering has been a contentious debate throughout the journalistic community, so much so that the CBC has even sent a memo to their staff about how they may properly use Facebook.

These sorts of policies about the journalistic uses of Facebook must have escaped CanWest. During the month of August, a number of CanWest papers used Facebook in somewhat questionable ways. One trend is using the existence of a Facebook group as what we would assume is an attempt to inject relevance into an article. For instance, an article run in the Province from Wednesday, August 15, 2007 about UBC canceling tuition payments by credit card, ran the paragraph:

[Alma Mater] Society vice-president Brittany Tyson is the administrator of a Facebook site devoted to the controversy, which has so far attracted 249 members and solicited 82 wall posts.

There are two problems with using this type of information in a legitimate news publication. First, we’re at a loss for what would have traditionally been the equivalent to this type of information. In this case, perhaps a petition? Or maybe an actual survey? Explaining that there is a Facebook group devoted to an issue is as relevant as saying that Wesley Willis dedicated a song to an issue. There are millions of Facebook groups; they can be formed in minutes, and filled members as quick as you can press the “Invite” button. Facebook groups are generally arbitrary, irrelevant and frivolous. Hence the Facebook group “I Don’t care How Comfortable Crocs Are, You Look Like A Dumbass” has almost half a million members.

Second, citing such information is just a lazy way to pad your article with “facts”.

The other trend that we have noticed in CanWest articles is that they are taking quotes directly from Facebook wall posts, unsolicited and void of context. For example, an article run in Victoria’s Times Colonist on August 08, 2007, about two students that died in a house fire cited the existence of a memorial Facebook group dedicated to the deceased and used a comment from a wall post as a quote.

“I am heartbroken and there is a huge hole in my heart because the world will never know all the wonderful things her beautiful spirit and personality had to offer,” wrote Kayla Evans Soles.

We contacted Matt Ramsey, an editor/writer at CanWest, to ask whether those that were quoted knew that their tributes were published, and he explained that they do contact them “when [they] can,” and that they treat these Facebook tribute sites the same as a physical “memorial site.” We can assume, however, that if an article merely used a comment left on a website as a quote that the author went no further than logging on to gather information. They confirmed that they don’t have any specific policy or protocol when it comes to trolling Facebook for information, but acknowledged that it’s a “great resource” and is sometimes used for “finding contacts.”

It’s true that Facebook can be used as a “great resource,” and CanWest has proven that. They were able to identify one of those who died in the Fortune Happiness Restaurant shooting through Facebook. This information was previously unknown to the public since the police had not released any names of those at the incident. The flow of information, however, should not end at Facebook — it should merely begin there as CanWest has even stated in an editorial.

It’s the offhand nature of social network communication that has no place in legitimate journalism. Communication lacking context and being published with disregard for its intended audiences should not be published. This activity, which is by no technical means unethical, is still bullshit. Investigative journalism should never go no further than trolling the Internet for information. This isn’t about privacy. If you have privacy concerns, don’t join a social network. It is about standards. The ones we hold newspapers to.