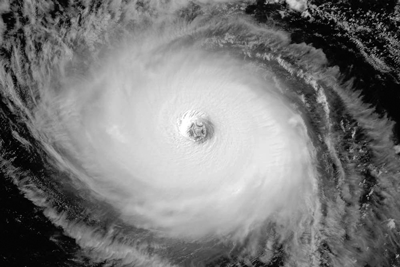 Indeed and verily the End of the World is nigh. From economic stability to political conflicts, moral standards to anti-Christian sentiments, the Fundamental Christian Right’s Rapture Index, drawn from the twelve volume Left Behind series, the biggest selling US book franchise ever, categorises and attributes numerical value to a variety of national and global concerns, clocking its way to the Apocalypse. According to Bill Moyers one third of the American electorate and a majority of US Senators are believers, using the Index to justify making the world a worse place. After all, Judgment Day is next week (apparently passing 145 on the Index marks the “Fasten Your Seatbelt” boundary) so why worry about social programmes and the environment? As soon as the Index hits 150, or maybe 165, or 227, or 879, the Righteous will dissolve to ethereal steam, leaving their clothes in neat, folded piles, and drift up to heaven where they will look down with simultaneous compassion and smirking self-righteousness at the burning, writhing Damned who supported tolerance, Darwinism, free speech, civil rights, and the diabolical sin of progressive thought.

Quite right, quite right. Hear hear. Down with that sort of thing.
Therefore, Only has compiled some considerations for inclusion to the Index. Whatever it takes to end this miserable world and get us out of paying our company ‘phone bill.

Moral Standards: Slipping faster than a goose greased in duck shit down a mountain of stacked frozen turkeys into a pit lined with de-boned chickens. Alternately, degeneracy is climbing faster than a side of beef on a wagon made out of pork chops fitted with rockets up a hill made of donkey steaks. Both very speedy and neither boding well for our souls. However, afterwards, there will be a stunning sale happening at Save-On Meats. +4

Liberalism: Until those left-leaning, patchouli-smoking hippies, Bill O’Reilly, Anne Coulter and George Bush wake up and smell the brimstone we will never get this world of ours on the Right track. If they were real Republicans they’d strap dynamite to their chests, walk into the nearest public swimming pool, declare the Truth about the international chlorinated drinking water conspiracy— that all our reservoirs fill directly from swimming pools after children’s’ birthday parties— and blow the waterslides sky-high. Until we destroy the Earth’s wading pools and diving boards we will never be free of Liberalism. It’s that simple. You see how this Rapture Index stuff works? Dead easy. +11

Hockey: Fans have taken to tying skates on the paws of their cats and dogs and forcing them to nose pucks around patches of ice to fulfill their sport lust. At a recent game somebody put their 112 year-old parrot in goal. The bird let in fourteen points, screaming constantly “Fuck the sailor! Fuck the sailor! How long before you ship out, honey? Fuck the sailor!” +3
Potatoes: Displaying more than the usual number of ‘eyes’ lately, suggesting even the vegetables are watching us critically. Soon they will inherit the soil, growing in our neatly folded underwear— tubers in lacey terrariums. Filthy, filthy, smutty smut! +2

Date Settings: No dates set this week either. Huh. O well, their loss, nothing to do with your chat-up line: “Why don’t we leave our clothes in a neat pile somewhere together and stink up the environment?” Nor “Is that steam coming out of your pants or are you just Rapturing?” —6

Pizza: Oy yea oy yea. Then didst thou place upon your feet two slices of Four Cheeses, or maybe it was Mediterranean Medley, and they would not come off, so sticky had become the rotting sauce, and it was not until you realised you were late for your bus and ran out with pizza on your feet and you slipped and fell under the bus, that you thought to yourself, “Whoops.” And hark, the bus driver could not stop because he/she had Beef and Pork slice on his/her feet and slipped off the brake, saying to himself/herself, “Shoot.” Thusly did you hit Rapture, leaving your clothes neatly flattened with tire treads across them. +2