It's a Wonderful ATM Fraud 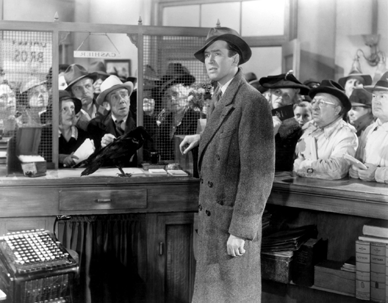 At the end of February, five Only contributors experienced bank card fraud. Between the five of us, we belong to four different Canadian banks. Since we usually only deal in cash it took us until just now to notice. But now, we’re sure. We almost always use bank sanctioned ATMs, and we cover our PINs with both hands (we have very rigid tongues). Yet somehow we all became victims within the same 48 hours. And we are not alone. Banks feared they would run out of new debit cards because of so many fraud victims getting replacements. Vancouverites were forced to go without cash for days until their banks could reimburse them.

Most of the Only family were hit hard: from several hundred to several thousand dollars per person. We sold kidneys and livers for that money.

This fraud happened on a massive scale, not just to us. And yet, the local media has not taken note. To date, there has been no mention of it in any local or national publication… And here’s our high-geared, tightly tuned theory why:

The rich are getting desperate. Champagne-flavoured sweat is streaming down tweezed brows, and flawless teeth are ravaging well-manicured nails. They are so frightened they have resorted to robbing the poor. We think.

Following the whispers of a downward spiral of the world’s financial indexes, wealthy folks withdrew their wealth en masse last week sending the banks scrambling to wrangle up enough gold bricks and half-pennies to cover their asses. So what do banks do when they can’t make rent? Well, the same as the rest of us, rob some poor folk. It seems as if the Russian mafia in Montreal was commissioned to commit debit card fraud against certain awesome citizens living in Vancouver. Awesome citizens like us.

The likeliest scenario is that slim robots were slipped into ATMs at select dumps around the city. Debit cards–those quietly insidious modern devils of convenience–belonging to unsuspecting drunks were read and the tasty PIN numbers were lapped up by the little bots. We imagine that these fraudbots are probably pretty cute despite their horrible purpose. Give them a break, they’re just doing their job.

Later, the crooks rolled up in their stretch Humvees (the on-board Jacuzzis bubbling at half volume to save on costly Perrier) and discreetly emptied the few pennies we had saved up to buy penicillin for our sickly children. And new kidneys and livers.
And why haven’t we heard about this rampant crime wave from our various news sources? Because the mainstream media are owned by the same corporations that the jerk rich folks own. It’s just like when Uncle Billy lost the $8000 on Christmas Eve and Mr.Potter found it in the newspaper and didn’t say anything. Now there’s going to be a run on the ‘ol Bailey Building and Loan and poor George will have to use his honeymoon money to keep the bank open.

The Dow Jones, the Standard&Poor’s 500, NASDAQ, Europe’s FTSE, Japan’s Nikkei and Topix and China’s Hang Seng Indexes— in fact, every stock exchange in the world, dipped considerably this week, prompting fears of a worldwide recession. Real estate markets are shivering like wet fruit bats during a cold snap that kills all the fruit. The dawn of mainstream environmentalism is waking folks up to the cost of rampant consumerism, which is further unnerving the captains of industry. Nobody doubts corporatism will reassert itself, but the beady-eyed certainty of pinstriped vultures with spare tires and love handles is wavering at the moment. The future of capitalism is uncertain, and that equals fear. And that equals desperation. And that equals fattening up to provide against a lean time, when billionaires must suffer becoming mere millionaires. And that means spiking ATMs and ripping off our President’s Choice Financial accounts. It just makes me want to get drunk at Martini’s and cry on Zuzu’s petals.

Have you recently experienced debit card fraud? Do you know anybody who has? We are broke now and need to hear about your pain to ease our own. Especially if you got really screwed. Nothing soothes misery more than laughing at somebody more miserable.

Did you happen to perpetrate debit fraud lately? Email us. Tell us. Especially if you have committed such a clever crime in the last few weeks. We won’t snitch. We’ll listen. Late at night. In the dark. Dressed in black. Under cover of hooting owls and chirping frogs only slightly louder than the gentle swish of a thin knife. Fuckers.