Itâ€™s okay to be gay 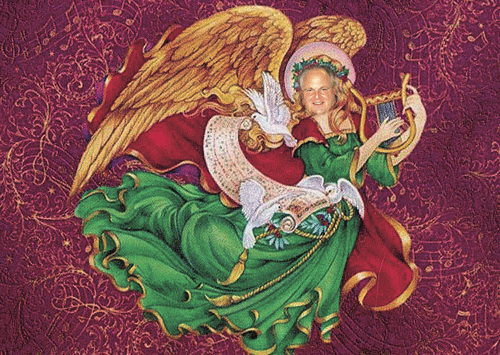 Christians who forgot to read the bible

According to the teachings of Jesus Christ our Lord and Saviour, all faithful Christians are obliged to tolerate homosexuality and embrace gays as part of their community. It says so, right in the Bible. Clearer than KY jelly.

A few Christians out there may be confused by this.

“Jesus says I should let somebody put their penis in my ass? Or, if I’m a woman, let another woman grind her vaginal juices into my vaginal juices until we’re laughing dizzily and making plans for a vegan breakfast tomorrow at Gorilla Food?”

Other Christians, especially those with radio programmes and sagging medicine cabinets, may be inflating with self-righteous wrath reading this, but that’s only because they haven’t actually read the Bible yet.

“Rush Limbaugh says faggots are going to burn in Hell for eternity because they put their wieners in the bums and mouths and ears and crooks of knees and apple pies of other men!”

Ha ha, yes, Rush probably did say something like that. Let’s pretend Rush Limbaugh is a cherub-faced angel on wings of golden painkillers, huffing and puffing his judgments upon human kind. Let’s also imagine him as one of those angels you see in full robes because the idea of him naked is disgusting.

“It says in the Bible,” blusters our imagined archangel Limbaugh, “in Leviticus 18:22, ‘Thou shalt not lie with man as with woman; it is an abomination!’”

Then he shuts up, because there isn’t anything else in the Bible against homosexuality. The word was invented 18 centuries after the crucifixion of Christ. The anti-gay brigade relies entirely on 18:22 to justify their squeamishness.

Leviticus is the portion of the Mosaic Code, from the Jewish Torah (and Old Testament) laying out the purification rules for the priestly class of the ancient, caste-observing Hebrew society. The same book of law also forbids eating owls and lobsters, picking sticks up on the Sabbath day, and wearing clothes made of two kinds of material. The punishment for such transgressions was often death. Check the label of your pants or shirt. Cotton/polyester? Any Lycra in there? Rayon? You get stones for breakfast.

Besides hygiene concerns (because let’s face it, men are pigs and rarely wash their dicks) and besides the possible true reason anal sex was forbidden was because the man being entered was taking a submissive position, like that of a woman (who at the time were considered inferior and unclean), Leviticus is irrelevant to a true Christian. Moses’ Ten Commandments, according to Jesus, are irrelevant to Christians. Every one of the commandments, however, save for that of observing the Sabbath, are repeated in different wording elsewhere in the New Testament, because Moses was a sharp guy with solid dictation skills and they are good rules to live by. In fact, Christians are only governed by the New Testament. Jesus, via his apostles, makes it clear his new deal sweeps aside the old laws.

Romans 7:6 “But now [with this new testament] we are delivered from the [old] law…that we should serve in newness of spirit, and not in the oldness of the letter.”

Colossians 2:16 “Let no man therefore judge you in meat, or in drink, or in respect of a holy day, or of the new moon, or of the Sabbath days. [Or who you fuck.]”

There is nothing there about fags. There is only love and acceptance and tolerance for all. Jesus hung out with drunks, lepers, prostitutes, women even, for Jiminy Cricket’s sake! You’d almost think he loved most the people who were the most human. But what about the hoarse shriekings of the Archangel Limbaugh, flapping madly his OxyContin pins, determining our moral obligations as he sees fit?

Only wishes everybody a Merry Christmas and a Happy New Year, and don’t forget to wash the cranberry sauce off your cock or out of your cunt.