More than ten things that I hate about you 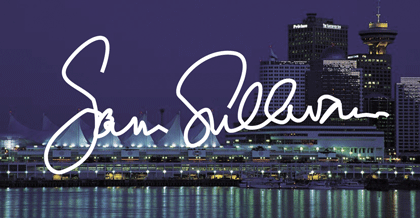 And by you I mean Vancouver

On November 27th, our very own man-in-motion, Mayor Sam Sullivan, unleashed Project Civil City, a 32-page discharge outlining how Vancouver can aggressively combat public disorder. “[E]nhancing the civic response to nuisance[s]” such as “annoyance complaints”—animals, overpriced coffee and people not flushing after they go number 2—are all part of the mayor’s proposal to the council.

We see no reason why his incredibly in-depth four question online survey shouldn’t be able to solve the city’s plights. Now Sullivan is promising that a mere one million dollars will fix all sorts of deep-seated, poverty-related problems by 2010. Although he has proposed a very comprehensive and genocidal solution to getting rid of the poor and cleaning up this shit-horse town, it just wasn’t enough. It felt incomplete. Therefore, a la Nixon, we at Only broke into the NPA head-offices and stole Sullivan’s double-plus-secret list of complaints–the one that didn’t make the official press release. In the spirit of democracy and raping poor people, we are printing all the crap that is really on Sullivan’s mind. Because it is only by standing up, or, in this case, sitting down and speaking his dynamic mind, that this city will ever attain its Olympic destiny: Whistler’s parking lot.

1. White people’s asses. Why don’t they have any? They’re flat like pancakes. That’s not right.

2. People that sit in the aisle seat on the bus while the window seat is open. I can’t get up to sit down. Thoughtless.
3. International students walking 3-abreast, arms linked and dragging their feet. I speak Cantonese, but that doesn’t mean I can’t squeeze the knees.

4. Fewer Asian people shopping at T&T supermarket because I like to be surrounded by white people when I’m shopping for Asian food. And you know what? T&T doesn’t even carry olives.

5. I don’t really like seeing handicapped people in public. It makes me uncomfortable. Why can’t they walk? Let’s look into it.

6. We need to do some more research into UFO phenomena and support research into recurring paranormal activity. Is there another children’s support organisation we can shut down for a few extra funding bucks?

7. Women sure do like to talk. I just wish they wouldn’t call the cops.

9. Why do all the whores want us to pay for their heroin habit? ‘Bitch, I ain’t the Mayor!’ (Note to self: must change this if I become Mayor.)

10. Privacy is for perverts. If I’m not doing anything wrong, then the cops can watch me. And if I am doing something wrong I want a copy. For reference purposes. Plus I like the way my hair looks on close-circuit, So, more cameras on Granville Street. Now.

12. On the other side of those mountains are all kinds of different scenery we are being denied. Fucking mountains. Only good for grouse-grinding and throwing yourself down with 2X4s on your feet. Knock ‘em down! Those things need to pay.

13. Giant black squirrels. They’re always watching me. Find your own bush, rodents. Anybody else ever notice their cute little faces, up close are usually crisscrossed with scars and tattoos?