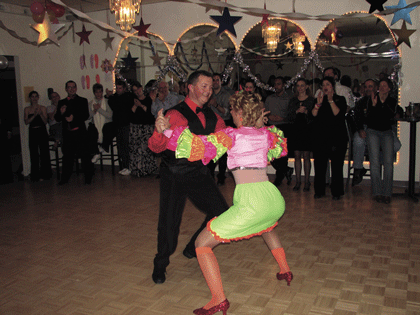 The fun police are on the beat The Urban Well in Kitsilano has been sold and will now become a sushi joint. Apparently there are still some fish out there raw and ignorant of rice. Thankfully Vancouver has another chance to address this issue.

On dozens of occasions over the last 10 years Vancouver liquor board inspectors, both openly and in covert operations, have infiltrated the Urban Well restaurant/bar/joint to discover people holding glasses (but no napkins!), drinking at the bar, walking about, or allowing their bodies to move in a rhythmic manner. In a world gripped by war, terrorism, global warming, drought and famine, corporate skullduggery, and racial/religious/class hatred, human beings will still blindly strain to eke out a little joy. Fortunately, Vancouver has the moral fibre to quash such displays of humanity.

Reading a number of the liquor board’s reports over the years between 2001 and 2004 is all the entertainment one needs. “One [covert] inspector testified that a staff member [of the Urban Well], who she identified by name, told her the liquor inspectors were present and referred to them as “persistent little buggers.”
Another inspector testified that at one point she was “accosted by a male patron who appeared to have had too much to drink, who asked her why she was on her own and if she wanted to dance.”
Insolent bastard! Obviously, he was a criminal, probably an “unreconstructed Communist.” That is to say, an al Qaeda terrorist.

On another occasion, after the inspectors had “consumed a fruit martini each… and… shared a pizza,” suddenly a spotlight was turned on, directed at a stage, which was very disconcerting. “One inspector testified he felt his safety was jeopardised.”
The inspectors were very observant.

“Upon entering they noted a male and female couple dancing… neither were wearing jackets. The inspectors described the music as “rock-and-roll style.” The duty manager of the Well that evening “could not have failed to see the two patrons dancing [and] did nothing to prevent the activity.”

Had the man never seen WWF Slapdown? It’s not like anybody was sitting on any of the chairs provided.

With Wink having gone down–though admittedly an end brought about by its owners rather than anything the city had done–the Butchershop, and a long time ago the Sugar Refinery did the same, Vancouver will soon be ready for its glorious fate: To be made into a gigantic park for senior citizens to sit about in feeding pigeons! Already three million new pigeons have been ordered from the Non-Partisan Association Pigeon Factory, along with three million more senior citizens so each pigeon will enjoy sufficient and loving attention.

Our Dynamic Leader has stipulated all expressions of human joy must be appropriately licensed and regulated down to the barest minimum–one–if this World Class City is to shuck its nickname No Fun City and embrace its new moniker, Miserableburg!

The so-called improv “comedy” regulars have already found themselves a new base of operations at Chivanas restaurant nearby. Our inspectors will need new, darker glasses, and bigger hats to resume surveillance.