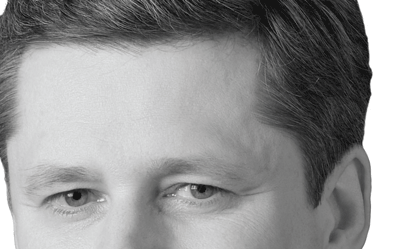 A nation overflowing with sausages

President Stephen Harper wants more guns, less art, no gays, and all the kids to go to Afghanistan and protect America by making them hate Canada more. Only doesn’t think King Steve goes far enough. If Canada really wants to be a playa on the international stage we have to reverse decades of being responsible, trustworthy, caring, peaceful pussies. Here is nearly a decade of gems and a bit of spit and polish.

On Human Rights Commissions:
“Human rights commissions, as they are evolving, are an attack on our fundamental freedoms and the basic existence of a democratic society… It is, in fact, totalitarianism” (BC Report Newsmagazine, January 11, 1999).
If human rights are totalitarian, the obvious solution is single people out for their skin colour, eye colour, age, ethnic origin, sex, sexual preference, economic stature, height, skull shape, and toe quantity, and imprison or kill them so we can all be free to follow the rules better.

On Starving Orphans:
Back in 1997, possibly while dressed as Fagin for the Missisauga Paladium’s Christmas pantomime Oliver Twist: Lust for Gruel, Harper boasted:
“These proposals included cries for billions of new money for social assistance in the name of “child poverty” and for more business subsidies in the name of “cultural identity.” In both cases I was sought out as a rare public figure to oppose such projects” (The Bulldog, National Citizens Coalition, February 1997).
The poorest children should be made into sausages to feed the second poorest children for one year. If those children don’t pull up their bootstraps and make something of themselves they should be made into hamburger for the third poorest children. And so on, until we reach the richest kids. Children of millionaires should feed billionaires and children of billionaires should feed trillionaires, until all of Canada’s young people are zillionaires.

On Western Canadian society:
“You’ve got to remember that west of Winnipeg the ridings… are dominated by people who are either recent Asian immigrants or recent migrants from eastern Canada: people who live in ghettos and who are not integrated into western Canadian society” (Stephen Harper, Report Newsmagazine, January 22, 2001).
No, really, kill everybody. This one’s solved already. Moving on! Next!

On Killing Everybody but Americans in the Name of Peace:
“While there are Canadians who oppose the invasion, they are a minority, as are those who are anti-American. It certainly exists. But in fairness, there’s an anti-American sentiment among the American left in the United States itself. We have some of that here. But that’s a minority sentiment… I believe very strongly the silent majority of Canadians is strongly supportive” (Halifax Daily News, April 4, 2003).

It’s true. Once everybody is dead, Canada will be a greener, more
peaceful place for the Americans to visit and build homes. Once Americans live here instead of Canadians this will be a glorious, tax-free paradise, overflowing with sausage and fresh compost. If we didn’t want this we wouldn’t have voted for him, or we would be marching on Ottawa demanding change. This is what we want. A Canada for the future. A Canada fit for all Canadians who aren’t fit to be here. Amen.

One more, just to show we are completely sympatico with the maple syrup prime mini on at least one thing.