Take the British out of British Columbia 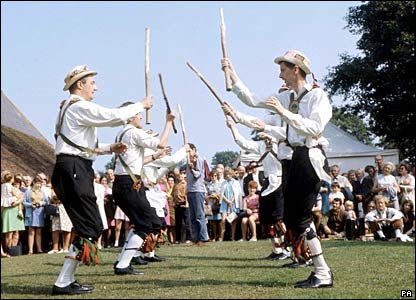 Blast from the past: Inspired by this article in today’s Sun we are pleased to reprint this article by Brian ‘Godzilla’ Salmi from July 1999 , originally for the Vancouver Sun.

Wrong. No other word better sums up the state of England today; indeed, I am constantly amazed at how much wrong can be crammed into such a small country.
If asked to give just one example of the English resistance in the face of overwhelming common sense it would be the fact that they still, on the eve of the third millennium, do not understand the simple concept of one faucet that mixes hot and cold water. It is a rare occasion to stumble upon a sink that does not have separate hot and cold water faucets. In order to wash up you are forced to alternate between freezing and scalding your hands. When I point this out to a group of Brits they invariably screw up their faces like the lobotomized beasts from the Island of Dr. Moreau and say, ‘‘We never thought of that.’‘

And when I mockingly ask why they don’t have separate hot and cold water shower heads they start prattling on about everything that is wrong with America. I have often been on the receiving end of anti- American tirades that would make Nikita Khruschev sit up in his grave and bang his shoe in approval. When I interrupt these childish tantrums to point out that I am from Canada and inform them that Canada is not part of the United States, they are baffled because Canadians are not supposed to be so rude — being rude is supposed to be the exclusive domain of the much hated, but always envied, Ugly American.

Now, I have never been a fan of that failing social experiment south of the 49th Parallel known as the good old U. S. of A. but I have spent numerous drunken evenings bonding with Yanks and laughing about what a farcical mess is England.
It’s always easy to spot a North American tourist in London — just look for someone standing on a street corner with a map book in his hands and a perplexed and annoyed look on his face. Their consternation usually stems from the fact that the Brits have also failed to understand the logic of putting street signs on the corners. In a city that is often paralysed because of gridlocked traffic you would think that someone would have figured out that if drivers knew where they were they wouldn’t be driving around in circles all day. Simple concept – - completely lost. When Brits actually do bother to indicate what a street is named they usually hide the sign on the side of a poorly lit building, as if to say, ‘‘We almost get it. Now how can we screw it up?’‘

Let’s face it. World War Two was the last hurrah for a now dead Empire and since 1945, Britain has become the Humpty Dumpty of nations. It’s as if Winston Churchill turned the keys of the world over to Harry Truman at Yalta and said, ‘‘Right, it’s your problem now. We’re off to the pub to get drunk for a couple hundred years.’‘ And they have been staggering around in a stupor ever since.

But a new king has taken up residence at Westminster and he has resolved to mount one more valiant attempt to put Humpty together again. Six months after assuming the de facto throne, Tony Blair made a dramatic speech to the nation imploring them to sober up and get back to work: ‘‘We can never be the biggest, we may never again be the strongest, but we can be, simply the best!’‘ he said emphatically, as millions looked on and laughed uproariously.

King Tony has decided to use the passing of the second millennium as the demarcation point for this evolution to higher English consciousness. State funded millennium projects are popping up all over the country in what amounts to a multi-billion-dollar high school pep rally. The biggest project of all is the Millennium Dome, which is being built in the run-down Docklands area of East London. The dome (which is widely referred to by more self-aware Brits as the Millennium Dumb) will be the world’s biggest. It will not be the home of major sporting events. It will not be used for huge rock concerts. There are rumours that there will be all sorts of ‘‘millennium themed’‘ exhibits permanently housed in it. It will cost close to $3 billion. They are building a multi-million dollar underground connection to it. The connection will not be completed in time for New Year’s Eve 2000. The dome will be dismantled one year after it opens. Nobody is quite sure what the purpose of it is. The whole fiasco makes Montreal’s Big Owe look like sound planning and fiscal management.

The millennium effort follows on the heels of the last attempt at national cosmetic surgery, an embarrassing New Labour campaign labeled ‘‘Cool Britannia.’‘ This was an ill-fated effort at showcasing the U.K.‘s best young artists, musicians, writers and fashion designers. What the New Labour mandarins and their cabal of overpriced, yuppie consultants failed to understand was that nothing stemming from (or even remotely connected to) government can ever truly be cool. In the 18 months I’ve been here the only cool thing I’ve noticed about Britannia is that the prime minister looks exactly like AC/DC guitarist Angus Young.

Space constraints do not allow me to adequately inventory the innumerable inane and banal events and attitudes a first worlder has to endure in this land, but here are a few: paying anywhere from 30 to 50 cents for a pack of matches; families that have been on the dole for five generations; families that have been in the House of Lords for 50 generations; suspension of the laws of supply and demand — high vacancy rates, yet skyrocketing rents (in London I paid more for my 600-square-foot, one-bedroom apartment above a garage than my sister pays for her 3500-square-foot, four-bedroom mansion at the top of the British Properties); women who wear skirts over top of pants; a tradition of cross-dressing comedians (put a man in a dress and get him to read the dictionary and Brits will double over laughing); and lastly, the inability to have a conversation with a Brit for more than 47 seconds without it being turned to football (soccer) which, by the way, is a mind-numbingly dull sport that consists of 22 prima donnas running around pretending they have no arms.

Here in Merrie Old England, the only time Brits are merry is when they’re legless drunk on bland, warm beer or blissed out on Ecstacy. Understandably, both forms of soma are in abundant supply, which may explain why anyone with any entrepreneurial spirit is certifiably frustrated when trying to make a buck. It is a common practice for Brits to take two-hour lunches at the pub where they pound back four or five pints rendering them absolutely useless. Karl Marx must have been one seriously paranoid, brain- dead commie to have seen anything remotely resembling the capitalistic ethos that inspired him to pen Das Kapital and The Communist Manifesto when he was Engels’ rentboy-in-residence in London.
Having been marooned on this Gilligan’s Island for 18months now I have come to the conclusion that this is not a nation with which we want to be associated. It’s just not good marketing to be linked to a loser, as the people of Berlin, Ontario understood when they changed their name to Kitchener. Likewise for Leningrad which has gone back to calling itself St. Petersberg and Ho Chi Mihn City, which will soon revert to the name Saigon. If the citizens of inferior geo- political jurisdictions like Vietnam, Russia and Ontario can understand this principle, surely the highly intelligent denizens of Canada’s left coast can understand that it is time to take the British out of British Columbia.