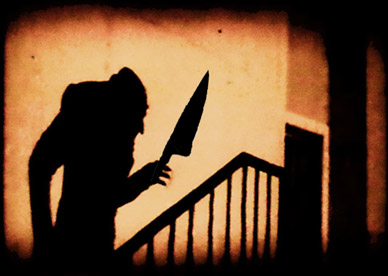 In the five years I lived in London it had become an annual tradition for me to sink my every penny into putting on a huge Canada Day feast, so my English friends could turn their noses up at “gourmet Canadian cuisine”. And the end of each was the ceremonial “Throwing Away of the Food” (except for the perennially popular yam chips) representing several days prep and hundreds of wasted pounds sterling. The only time my guests truly enjoyed themselves was when I splurged more than usual, bought 20 live lobsters, and let everybody kill their own. The hunting instinct has never left the British mind, and several people regretted forgetting to bring their dogs to chase the lobsters first.

Naturally, now living at Archie Pecs’s, I wanted to continue that tradition. It was the perfect venue. Chateau de la Pec had a modern kitchen, a huge back garden, a proper bar optics over the stove – the hanging taps pubs use to dispense from upside-down bottles of spirits – and steel grills over all the reinforced windows and doors. Every evening we fixed ourselves a double G&T or two and relaxed in the garden, safe from invading armies and Archie’s vindictive ex-boyfriends.

Now, Archie was convinced I was gay. Whether I am or not didn’t really concern him as much as the fact he wanted in my pants and it would be easier if I were homosexual. Archie felt all men are queer. That, in fact, sex between men and women was disgusting, and if only a straight could be properly ‘cured’, he would be bent by morning. As I’ve said before, the actual question of sexuality was irrelevant to Archie. If he were a horticulturalist he would say all plants are trees because trees are more likely to have knotholes to jam his cock into, and then proceed to have his way with the rose bushes. In other words, he was that variety of man who, if he were straight, would declare a woman’s lips may say “No” but her eyes say “Yes”, and she’ll get to like it eventually, and if not, who cares?

In the weeks I lived at Chez Pec, Archie’s stares were growing longer, darker, and his joke of pinching my bum becoming more frequent and painful.

The afternoon of my Canada Day dinner he came home drunk with his friend Maude. Maude was a lovely woman who had drunk her health away and now looked 80 when she was barely 40. Already she couldn’t get around without a cane. I was in the kitchen cutting, chopping, marinating, boiling and frying.

“Pour me a fackin’ drink, my li’l Canadian buddy!”

I broke from what I was doing to fix a quick tipple for my landlord, but before I could pick up my wooden spoon again he had downed the drink and was demanding another.

“I’m fackin’ starvin’,” he bellowed. He loomed over me, snapping his meaty fingers an inch from my nose. “Fackin’ Canada Day, ding ding! (Snap snap) Where’s me fackin’ food?” I foisted another drink, then another, and another, plus some starters on Archie and tried to get back to the stove, but got no further than a firm arms-length.

“This is shit,” he declared, though the drinks went down well enough. The food wound up on the floor. I fixed him a couple more drinks, skimping on the alcohol, and let him shovel all the marinated but uncooked shrimp into his glazed, purple face.

Maude took him upstairs to bed. When she came back down, hobbling in an awkward hurry, she lurched into the kitchen and gave me a hug.

“I’ve known Arch twelve years,” she said. “I never seen him like this. You’re in danger, Alan. You ‘ave to ge’ outta ‘ere as soon as poss.”

I called my guests to inform them Canada Day was canceled this year, then cleaned up the kitchen and went to bed.

I wasn’t long under the covers before there was a knock on my bedroom door. It opened to reveal a swaying Archie in nought but his briefs.

“You dressed?” he slurred.

I gestured to indicate I was in bed so, probably no, I was not. I tried to gesture in a forceful, authoritative manner.

“There’s summat I want to show you.”

“Show me in the morning, Archie.”

Archie swung back to his room, directly adjacent to mine, and returned immediately holding a long, serrated meat-carving knife.

“Why do you keep a big fuck-off knife in your bedroom, Arch?” I asked, terrified enough to know that showing fear would accelerate trouble.

“Why, so I can kill people, darling!” he chirped, and staggered into his room, chuckling.

I lay awake the rest of the night, sweating. I had always considered myself an adventurer, unafraid to leap into stupid situations, knowing I could always think and talk my way to safety if things went wrong. I was smaller, smarter, more nimble than Archie, and could never be seriously at risk. I had always applied Occam’s Razor to Archie’s persona, which was that considered against the possibility he really was born of underworld celebrity, it was more likely he dressed up in roguishness as a protective cover for his sense of self-mediocrity.

Archie once told a story, that back when he was a tour guide working in Greece the male tourists used to pass out drunk at night on the beach and he would bribe the local police to let him rape them while they snored. He even claimed the cops would sometimes join in on the fun. So patently false and impossible a story I had always dismissed as absurd. Lying prone in my bed I continued to dismiss it, but had to at least acknowledge Archie considered rape to be good fodder for amusing anecdotes. Now he was flashing foot-long knives, kept under his pillow perhaps, and there is only one reason to display unbidden and inappropriately such a weapon: Intimidation. I am next door to where you sleep and I am armed. Suddenly (and, I hear Readers saying, incredibly fucking belatedly) I understood that it didn’t matter how clever I thought I was, or what protection the law supposedly provided when the perverse and irrational laws of alcohol and hungering desire are intertwined. I was to be, inevitably, some kind of victim.

This adventure to which I had blithely said “Yes” might soon be my last, ending with the thunderclap of a screamed “No”. I had to get out – escape without Archie having a chance to know. But how?

NEXT WEEK: I am rescued by the IRA under the cover of broad daylight! I watch a man talk himself to death and offer encouragement! I become an asshole and coward!