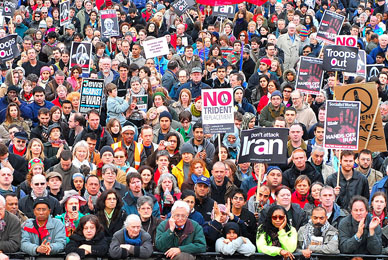 Years ago, while working at the University of British Columbia, I recall seeing a young man forcibly bundled into a car by several stone-faced lumberjacks while screaming “Help! I don’t know these men!” I continued walking to the campus bus terminal, chuckling to myself.

“Those crazy kids! What are they up to now?”

Very likely, I thought, they’re heading back to the cluster of frat houses near the Acadia residential complex. The innocent Pledge they’d “kidnapped” would probably be stripped, doused in maple syrup, or something flammable, and either spanked with barbecue utensils or set on fire. What a bunch of nuts! Still, good clean fun for monkeys and there’s nothing I can do about it until the students bring the sticky, smouldering corpse in to my office, tears in their goggling eyes, claiming they had no idea it would go so wrong.

And that was the last I thought about it.

Recently I was telling stories to our publisher Darren Atwater about my days as a Residence Attendant at UBC. I have dozens of stories, mostly involving late night patrols of the grounds and encountering raccoons engaged in rites of black magic. On this occasion I was chatting with Atwater, flitting across the “kidnapping” as a stepping stone between hilarious anecdotes involving wildlife and power tools, and I was approaching the climax when Darren asked to go back.

“When exactly did you say this happened?”

“Ee-yup… (?) (Hello, what’s the problem here? Funny story being told, okay?) So anyway, I’m tied to a tree and these raccoons, still dressed as me, have figured out how to use a jackhammer… What?”

Apparently, according to Atwater, I am one of only several eyewitnesses to the illegal arrest and detention by RCMP of activist hero Jaggi Singh on the eve of the APEC summit that helped kick off the worldwide anti-globalisation movement.

Not only did I do nothing to help, I think I might have waved back.

In defense of the indefensible, I had just come off a graveyard shift working from 11pm to 8am, and there isn’t a whole lot of electricity in a person’s head at that time. Also, while I was aware of the bad old world out there, there didn’t exist a mindset back then that easily imagined awful things could happen in Canada. Except, of course, for the near decimation of the original inhabitants, the relentless, ongoing destruction of the environment, and Premier Bill Vanderzalm’s mouth. However, my only real excuse (or nearest thing to it) is that sorting out students’ hijinx had numbed me to the notion that lumberjacks in a grey sedan with smoked windows could possibly mean harm to the skinny dude shrieking that they meant him harm.

RAs act as the first contact for students dealing with the massive bureaucracy that is the UBC Housing Department. It’s not just paper-shuffling. When things go wrong the RA is the person in charge until the fire engines, ambulances, squad cars or military helicopters show up. The RA is also the person who gets to see, day in and day out, what kids away from home for the first time with student grants burning a hole in their pockets and livers will do to themselves. And then repeat. And again, until the RA is inured to shock. Why did you drink a bottle of whiskey and scale the dormitory wall to your third floor window? Because stairs are tiring. And why did you chug a half litre of alcohol first? So it wouldn’t hurt if you fell. Good. Sign here then sit over there until the paramedics arrive.

Yes, yes, I suppose I was responsible for the students’ welfare. Tch! So was God, and if you’d seen some of the shit kids come up with, you’d understand most of the blame rests on Him. Like the time three lads came to my desk, one with a shaft of wood sticking out of his gut, blood everywhere, and explained they were playing football in a screened-off construction site and the goalie was only trying to make a killer save. Or the girl, whose medical file indicated allergies to every chemical on Earth, downing half a bottle of vodka in ten minutes and then collapsing onto her head on the stony section of Wreck Beach. Why did she have to drink so much before galumphing across a bunch of rocks? Her parents were strict and never let her drink, she was just cutting loose. But why there? Because she’s a small town prairie girl and the sandy part was covered with naked Hippies. Okay, sign here. I’ll call 911 and mention to the paramedics they can’t give her medicine because it’ll kill her.

In fact, I have nothing to apologise for. Singh was terrified, the entire country was shocked. The world was stunned. Ish. But that was one of the seminal events in the fight to regain our lives from the corporations and the politicians who lick their pinstriped crotches. It fired up the public’s indignation, its nascent political awareness. It forged Singh into an activist dynamo, an international hero against NeoCon aggression. If I hadn’t been too tired and apathetic to bother helping that frightened young man the planet might be worse than it is now. I am a hero, too!

So go ahead, Evil Lumberjacks With Miniature Radios Coiled Into Your Ear, give that Pledge a spank from me. Give ol’ Liberty a spank for me. I’m going to save humanity one yawn at a time.