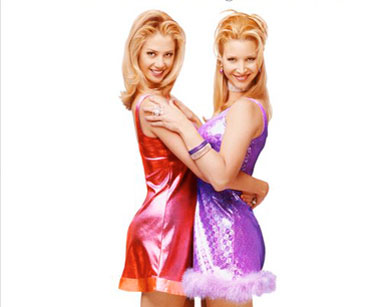 Ten minutes into the prom, my date, looking spectacular in a blue dress and wilderness of blond hair, glared at the DJ and hissed in my ear, “The music sucks. I’m bailing.” Finding two other guys similarly abandoned, one of whom had nicked his dad’s gold card, we fled to Hy’s Steak House. There they sympathetically served us martinis but sat us by the emergency exit. Later, we made our way to the after-grad party in an open field dotted with hobo fires and unconscious teenagers in puked-on rentals. Several clever clogs had brought tents to have somewhere to crash for the night. The Ursulak brothers, twin captains of the football and hockey teams, were amusing themselves pissing in people’s tents.

I vowed there and then I would never go to my 20th high school reunion.

Recently I attended my 20th high school reunion. Before anyone whips out their slide-rule, calculus cheats and abacus to reverse-engineer my age, I’ll make it simple: I graduated at 6. That I’m almost completely bald now is a ruse I came up with at 12 to get into R-rated movies.

My good friend from school, Christina, a degenerate who lived in Head Hallway (every school has a Head Hallway) and the least likely person to ever grow up, let alone organise something as grown-up as a reunion, got me drunk one night at Bosman’s a while ago. A few days later she emailed to “remind” me I’d agreed to MC the event.

I don’t know if I really consented. The next morning I’d woken up under a bush wearing nothing but thin vomit and a note taped to my chest saying, “You promised!” That sort of thing happens to me all the time. It was signed ‘Christina, Organiser of the Strathcona Composite High School 20th Anniversary Reunion in Edmonton, 2007’, but a squirrel could have done that. They practice our handwriting, you know. They watch where you keep your cheque book. Squirrels invented banking, along with pine-cone fraud – don’t kid yourself, they won’t stoop to identity theft.

Regardless, I was now obliged to host the damn thing.

Despite the possibility of squirrel-scam (“squam”) I decided this was maybe a chance to sleep with all those girls who wouldn’t look twice at me back then. Now that I’m bald, fat, broke and popping Viagra like gummy bears, they’ll jump my bones for sure! At least I haven’t developed Old Man Smell. I had that when I was a kid.

(By the way, you can get Viagra in gummy bear form. They’re for men who still want sex but don’t have teeth left to chew tablets. I saw an ad for them in my monthly 26 Alive! magazine.)

(HA! BUT! I was kidding about me taking Viagra! Don’t worry, ladies, my wood is all-natural. I just apply a thin coat of varathane to bring out the grain of my love-shillelagh.)

The first night was a meet-and-greet at a bar on Edmonton’s outskirts to puzzle over each other. Faces still familiar after two decades gathered, along with strangers who turned out to have once been best friends. Memories well-tended or hoary with moss were compared. Cliques, rivalries, and broken hearts were suddenly mended after half a lifetime. Mostly. I bribed the bartender to insinuate my urine from a jar into the beer of the Ursulaks if they turned up, but I couldn’t recall what they looked like.

Hopefully the bartender spotted them, but if he topped up any wrong pints just to be safeÂ­, well, the beer wasn’t great, and nobody noticed.

Stumbling back to my billet’s home, after two hours of walking I noticed the diminishing presence of strip malls versus the increase in wildlife. Like, elk. I flagged down a passing car.

“Is this the way to downtown Edmonton?” I asked.

“Naw,” said the driver, “that takes you to Calgary!” He and his shrieking girlfriend zoomed off, mightily impressed with the human capacity for getting lost.

I managed to hail a taxi finishing its rounds for the night.

“I have twelve dollars left on me. How close will that get me to Whyte Avenue?”

“You’re are an honest man,” said the cabbie, “Get into my car. I will drive you wherever you wish to go.”

His name was Manny and he gave me his card. Presumably if I was ever again marooned on the prairie I could rub it and he would magically appear. Manny From Heaven I called him, and laughed. He looked at me in his mirror and wondered what sort of honest crazy he’d picked up.

I had accidentally (read: drunkenly) walked four miles out of the city. If Manny hadn’t saved me, next year those elk would have been grazing from a mound of composted me, halfway between Edmo and Cow Town.

The next afternoon on a guided tour of Ye Auld Schoole, I realised how much time I’d spent instead in pool halls and donut shops. Wandering into a gymnasium clearly 70 years old or more, I wondered aloud, “when did they put this in?”

“Alan, this is the gym! Grade 10 basketball? We did final exams here?”

“That’s the front entrance of the school! You don’t remember walking through these every d—”

“Hey, look! I can see my old bar from here! It seems so small now…”

Today there’s a miniature police station next to my biology class. Across the hall is a sign announcing new courses for grades 11 and 12 in CSI forensics. The worst crime I remember getting up to was skipping three days of classes to drunkenly fling processed cheese slices at the ceiling until it formed a stinking orange scab a foot thick and seething with flies. Now there’s an in-house cop shop and classes in blood spatter? Why aren’t the kids out sinking 8-balls and scarfing jelly-filleds instead of hanging around stabbing each other?

Oh god! That sounds so old! I mean, yo homies, stab away, dudes. Or you’ll have nothing to study in CSI 11. Just don’t stand under that cheese clod or you’ll have petrified Velveeta lodged in your pointy skulls.

That evening was the actual reunion. The caterer (another unlikely adult, Kim McClelland) did an extraordinary job. My repartee went well enough and the DJ spun an endless stream of nostalgia that nobody bailed from. Looking around at the strangely aged faces, I discovered that everybody looks better as adults. Complexions had finally cleared, hairstyles no longer seemed inflicted. Baby photos were actually interesting while tales of marriage and career brought home that I, who has neither, am basically Peter Pan. Despite remembering nothing, childhood feels no more than a few years ago. Although I’ve traveled the world meeting amazing people doing amazing things, I’m still waiting patiently for my life to start.

However, I’m happy. Confident of my life’s path. Sometimes, though, I wonder where all the elk are coming from. I just keep walking, rubbing my Magic Manny Cabbie Card and dreaming of a warm bed.