Hey, we're all for washing your hands 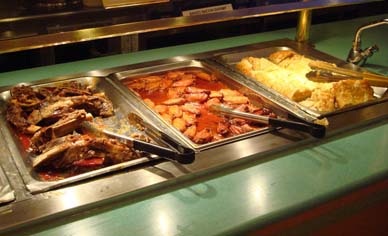 We have here in our hands a list of a few dozen Vancouver restaurants that were made known to us by the Vancouver Coastal Health Authority as being nasty as hell. This list (pdf) includes Best Western Pizza on Main and 11th, shut down for rodent infestation. (The pies were back in the oven 3 days later.) Ditto for the Tim Horton’s on Pender and the Blenz on Robson, though both of those establishments were miraculously able to remedy their little problem in a day. There’s a Cactus Club in there too, but mostly it’s just a list of Chinese, Japanese, and Pho joints that were forced take a few days off to deal with “unsanitary conditions,” “improper food handling” and rodents.

We’re stoked to be finding fewer needles in our jelly donuts, but honestly, fuck health issues. The establishments in this city have far greater problems than potable water shortages. What follows is a shortlist of bars and restaurants which, based on zero criteria other than our own loathing for them, will no longer be graced by our patronage. Sucks to be them.

ONLY PROPOSED CLOSURES
Chill Winston
With Blake’s, Six Acres, and the Irish Heather building up the only hangout-worthy area in Gastown, it’s unfortunate that fake tits, Jenga fries, and lowrider bikes have to permeate it, as they do every other corner of this fucking city. Can we please find a place to drink cheap imports in the sun without getting an eyeful of lame?

The Five Point
Until DoMain (“Vancouver’s hippest condo”) opens, Kits officially re-locates to Main, and the Five Point changes its name to Biminis, this restaurant and its faux-hawked clientele have no place in the ‘hood.

The Red Burrito
Everyone hailed the opening of this place as the long awaited arrival of the authentic Mexican burrito experience. But it’s not. Anyone who has ever been to San Fransisco knows the following: A burrito should be the size of your forearm. If and when you finish it, you shouldn’t be contemplating seconds. Chicken does not spin in a pile on a stick, and guacamole isn’t extra. Play by the rules, or don’t play at all.

The Brickhouse
It’s kind of odd that the jock/college crowd has decided to descend upon an establishment whose primary bartender rocks a sexy Lance Armstrong costume every night. And odder still that said bartender continues to turn a profit charging a fiver for flat beer and closing at midnight. What was formerly Vancouver’s best and only bar has now officially become a great argument against public transportation.

McDonalds (any location)
McD’s has their target demographic all wrong. We all know that it’s the kitchen of the homeless, and they need to accept that. Keep it tidy, offer a safe injection site, and clean the fucking washrooms.