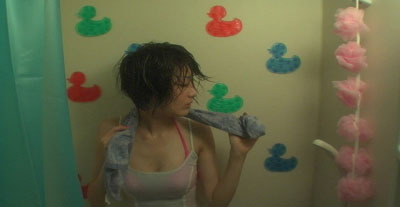 It was kind of a tough call between this little indie gem and the sweaty and sexy Asianic Brazilian gangster fantasy movie Plastic City. But in the effort to maintain some independent credibility we’re going to push for the Japanese coming of age movie about an aimless girl who befriends an old classmate, only to realize his father and her mother are going to get married, effectively killing off any hope for romance between them. A while back we wrote about Wong Kar-wai’s early film Days of Being Wild and how there is this precious emptiness that lingers between the characters. That sense is equally true here, but instead, it inhabits our protagonist Mokoto as she drifts through life. Her friend Nakaji hopes to instill a sense of reality in her but seldom do self perception and reality go hand in hand. Directed by first time filmmaker Sode Yukiko, the film is sweet and funny, sincere and real in its discussion of sex, gender and modern day feminine identity. AOT