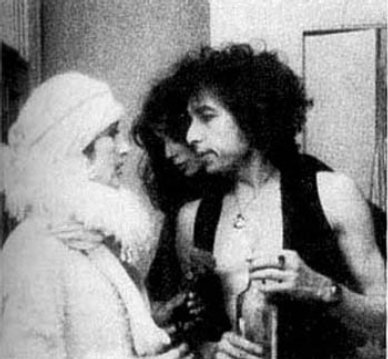 If you’re looking for more rare Dylan nostalgia, try finding this one. It’s almost impossible. This “concert” film, written by Bob Dylan and Sam Shepard for Dylan’s 1975-76 Rolling Thunder Revue, is a totally flawed, somewhat unwatchable mish-mash of what should have been three films crammed into one. On paper it all sounds good. Dylan plays Renaldo, his wife Sara is in the role of Clara (and their names rhyme), and Joan Baez, Allan Ginsberg, Ronnie Hawkins, Harry Dean Stanton and even Rubin “Hurricane” Carter all make appearances. Cool. But then there’s the actual movie, which is a bit of a boob. Part concert footage, part wandering video, part sketch show, the original response was so bad it prompted Dylan to criticize American audiences for being lazy because they didn’t want to sit and watch a self indulgent poet making a four-hour-long, nonsensical movie that looked like it was filmed by a six year old. Still, it is a true rarity, and for red blooded Dylan fans, a strange and weird kind of Holy Grail. For the rest of you curious about more rare Dylan appearances, just watch Sam Peckinpah’s Pat Garrett and Billy the Kid, for which Dylan did the soundtrack and makes a brief appearance. But you still have to seriously wonder… what’s with the three word movie titles, Robert?