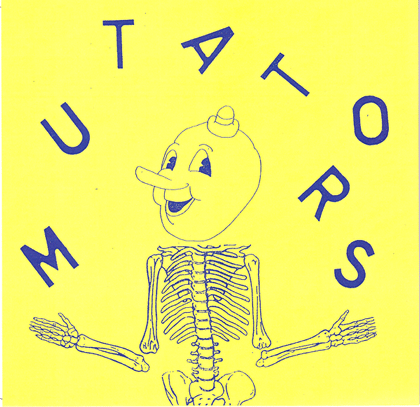 A consistent feature of seeing the Mutators (besides Liane’s long bangs hiding her face) is the presence of her home-built oscillator. Its low rumble initiates the set, coursing throughout every song and the pauses between them. As if to mark: “The Mutators”, rather than function as an instrument. Regardless of distinct songs, it persists uninterrupted. But in this recording, the oscillator concedes almost entirely to Brody’s guitar and Justin’s drums, forming a band that plays ideas on purpose. Highlighted are some heretofore downplayed distinctions in the area of songwriting and lyricism. Things like: feminine hysteria, the unconscious, Black Flag, and what Stevie Wonder sees in the Mutators. This is the Mutators thinking and talking, not the Mutators covered in hair at Pat’s Pub.