The Rapture â€” Pieces Of The People We Love 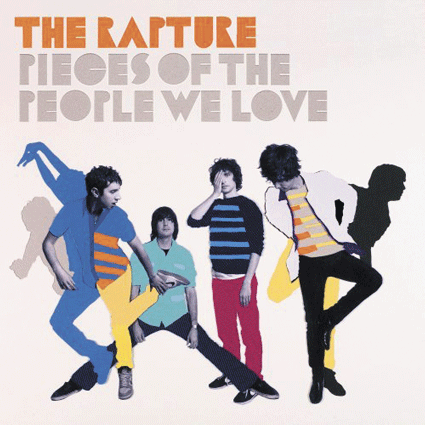 Dfa records
I wasn’t too excited about this album. Despite totally digging Echoes, I wrote The Rapture off years ago, and I expected their sophomore thing to be just like every other “anticipated” follow-up that comes out these days: very shitty. So with an indifferent shrug of my shoulders I tossed it on my iPod, hopped on my bike, and decided to take a cruise. But very seriously, from the very beginning this album surprised the shit out of me. Turns out it’s completely the perfect music for just riding in the sun, single handing it, drinking some Coca-Cola out of a Wendy’s cup, and really thugging it out a bit. This is by far the best summer album we’ve seen in ’06. Too bad there’s about a week of summer left, because this isn’t a walking in the rain album.