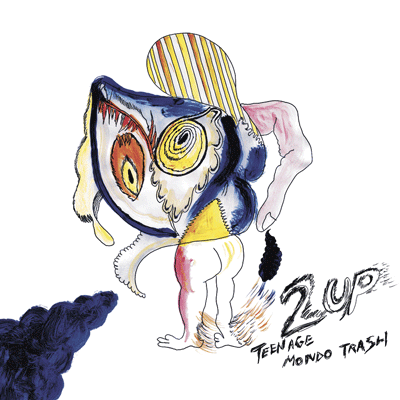 Ache records Shitty boyfriends do things like forget your birthday, and push your head down while you give them BJs. They do things like show up in Canada after being in Japan for months and ignoring your calls and emails. While they are here you give them the cold shoulder but still let them stay on your floor and smoke your roommate’s pot. Then after a week of no physical interaction, they fly home and call you and threaten your life. The guitarist from 2UP dated an ex-roommate of mine, he’s not the specific asshole I described, but I heard he was one. And just like a bad BF, this album is indecisive, destructive, and cums too soon. 2UP is change-on-a-dime sort of angular punk. Righteous!