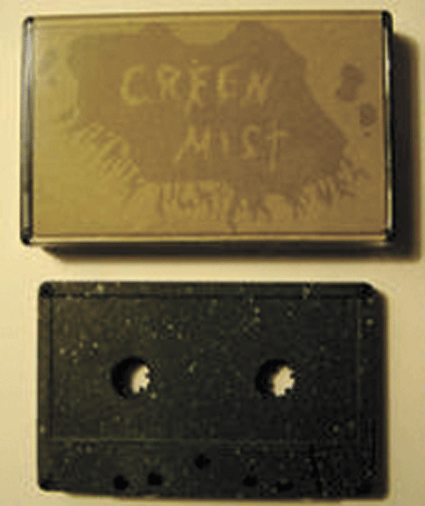 Run Down Sun When I was a kid, my absolute favourite letter of the alphabet was “elemenopee.” I felt kind of dumb when I realized that “p” was it’s own letter, but I was still super into “elemeno.” I also felt kind of dumb when I listened to this tape. At first it was because I couldn’t really read the writing on the insert. It’s like noise musicians want to take their incoherence to the next level and make sure that you think their album is called “Prinkin Lightepi Avel,” which are not words, nor are they the title. Then I felt dumb because I was pretty sure that the spray paint that coats the cassette was fucking up my tape player and making it play at weird speeds. So I kept taking it out and making sure it was turning ok, which it was. I probably felt the most stupid for thinking that the crazy fuzz drone was somehow fucking with my computer. But seriously, as soon as I pressed play it started running really slowly. Like I’ve already typed this sentence, but my screen is still only displaying “which are not words, nor are they the title.” It’s fucked. And this dude’s a yoga teacher? Weird.