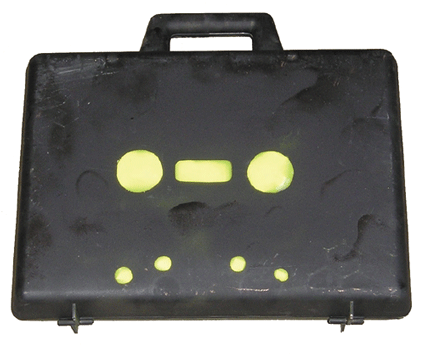 Self-release
There’s an intimacy that They Shoot Horses are able to create with each live performance. They invite the crowd to participate because with seven members, they’re a crowd themselves. From cramped basement shows in the pitch dark to towering 5-foot stages, they use their smart rhythms, dark pop melodies and affinity for toys and noisemakers to invite the audience to thump along with them. This series of 3 self-released tapes are full of van jams, groans, live shows, found sounds, movie reviews, stories and spontaneous songs that have the same intimacy as their live shows. You don’t have to be in the van to feel like you’re a part of their larking about. As you listen, you find yourself stomping the floor and snapping along anyways. They just put an album out on Kill Rock Stars called Boo Hoo Hoo Boo and I found ‘larking about’ through a synonym search for ‘antics’.