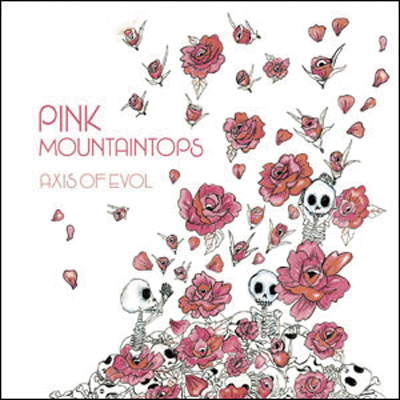 Axis Of Evol
I liked the first Pink Mountaintops better than Steve McBean’s more obscure project, Black Mountain. All the songs were about fucking, and the slow dirty sex styles were a perfect replacement for my overplayed Kool Keith albums. I thought they would have upped the ante with this new album. You know, like some new songs about fisting and golden showers with clever tongue-in-cheek titles like‘’Watch Deep’ or ‘When it Rains it Pours’. But instead of saving these non-coitus leftovers for that next Black Mountain jam, they all packed onto this completely unsexy throwback. Jagjagwar, however, is doing a decent job avoiding the fact that this album is lacking its predecessor’s selling point, further proving that McBean could take a shit on my chest and Jagjagwar would release it. I’m not saying that Axis of Evol is shit. I’m just saying that Steve could take a shit on my chest if he wanted to.