The Modernettes - Get It Straight 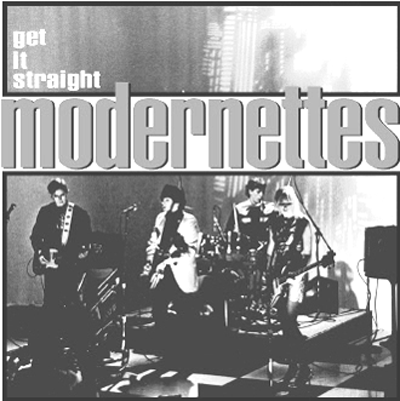 Everything was cooler around the time I was a baby. Not that I was jamming to the Modernettes’ Teen City EP at my first birthday. Fuck I wasn’t even born until ‘81 and it had already been out for a year. And if I had been given access to that cute 12” I probably would have just vom’ed on what’s still my favorite punk art album cover of all time. Now that I’m all adult and mature, I look at pictures of Mary Jo Kopechne standing outside of the Railway Club in 1982. Then I think about the last time I was at the Railway Club. It really amazes me how much cooler even the dullest rock was back then. This re-release is totally longwinded–all the records plus a bunch of shitty live stuff. The undisputed climax of the album is the song Static where Mary Jo somehow pulls off this amazing Kleenex-like Swiss-wave thing. I really love that lady.