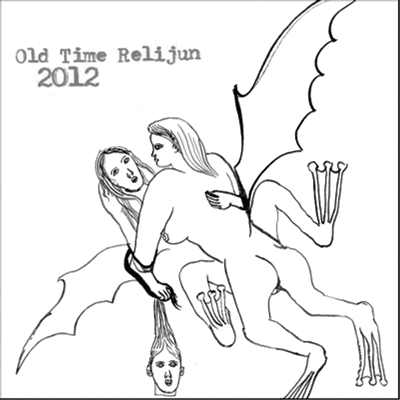 Weirdo lyrics and disco beats! The minimal arrangements have each instrument popping its ugly little head out of the dirt to squeak for a moment before Arrington’s scream drives ‘em back into the dirt and deeper. To some hell, other world, or other time. Maybe 2012 is the new 1980 (or Portland 2000). Because this album takes it back. It’s a sigh of relief for anyone waiting for another good new no-wavish record. Or fans of throat singing and dancing. Or anyone really into drawings of gargoyles fucking. Incidentally, all of which, I am.