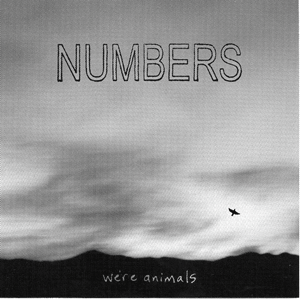 It’s dangerous to form rigid expectations of what a band should sound like. My expectations of what the new Numbers record would sound like was swiftly disemboweled by the jagged edge of the Kill Rock Stars logo. We’re Animals is a smooth, sticky butter made from the crunchy nuts that are older Numbers songs. I don’t mean to be super negative. It’s a good record. It’s just that I can think of plenty of bands that already do the sweet-and-sour-boneless-rock thing. Sure, there’s only so much you can do with yelpy, genderless vocals, Buzzerk, and manic disco drumming. And I can even appreciate the more thoughtful, polished sound. But I was just so totally in love with the classic “Too Cool To Say Hi” Numbers. At least they included one track with a familiar wonkiness: “The Fuck You Garage” has Indra screaming just like old times. Mostly I like the record because pets are thanked in the liner notes.