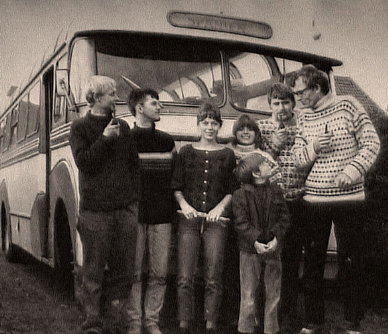 As much as we love flashing our yellow card and skipping the three blocks to work, shelling a hard 69 bucks each month hurts. Doesn’t compare to the $95 for a Two Zone monthly pass, though we figure that’s lame-tax for living in Burnaby. But the other day, the hurt hurt a little less.

That’s because on Good Friday we found out that friends ride for free on Sundays and holidays. Say what, you say? That’s what we said. But there it is, in ink, on Translink’s website: “On Sundays and Holidays you can use your FareCard and take five others with you for free.”

Don’t pack your picnic basket just yet. The fine print: “Two adults (14 and older) and up to four children (13 and under) ride on a single Adult FareCard.” We can imagine the Old Navy-ed, sensibly shod image this brings to the mind of Translink OK-ers. A small, sweet family riding on their papa’s yellow ticket to the big city. Susie’s never been to famous Robson Street and little Mikey just wants to see the sea.

So maybe instead you’re two hung-over kids heading to River Rock for a Sunday morning poker tournament. No bigs. Toss that $2.25 in a slot for us.