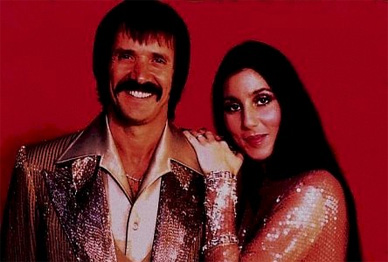 Before he hit the trees on his skis, and before he began his rather uneventful stint as a US Congressman, Sonny Bono was the mayor of this ridiculous city for over a decade. How the man who wrote “I Got You Babe” and whose name was, for much of his life, attached at the hip to one of the scariest women of all time managed to become the mayor of anything, let alone a city as distinguished as Palm Springs, isn’t much of a mystery. After all, this is California. The perversity of a variety-show host playing host to Palm Springs – a city of artifice and play, of gated driveways, gray hair, sunshine and automatic sprinklers – is as natural a pairing as bacon and eggs. The only confusing thing about it is that more like Sonny haven’t followed in his path. Bob Barker? Tim Allen? All natural born mayors – of Palm Springs. And Palm Springs needs more men like Sonny. Desperately. When he became mayor in ’88, the city was floundering. Its economy had slowed and its identity was eroding. Sonny, being the understanding individual that he was, turned it all around and shaped it back into the thriving desert paradise that it is today. But today Palm Springs faces equally consequential, completely opposite problems. Problems like how the hell can a desert city become environmentally friendly? Problems like getting around, because gas is nutty expensive and there’s hardly a speck of public transportation to be found. Problems like the golf courses this city is famous for, and where the hell does the water come from to keep the grass green? Yes, Palm Springs needs another man like Sonny. Nick Lachey, we’re looking at you.