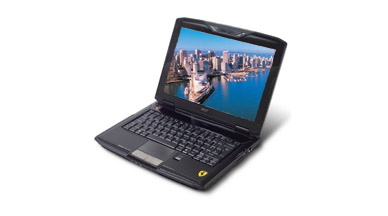 If we were to envision our own personal version of Hell, it wouldn’t be your typical eating old moldy poo for every meal, forced to masturbate at gunpoint while watching your parents do it with Juno playing in the background, sleeping on a bed of broken light bulbs and fire ants and maggots while a bunch of demons pee on you, getting raped constantly in all orifices by the same demons vision of Hell that’s been laid out in The Bible. Sure all that stuff would be annoying, but Hellish? Please. We eat old moldy poo in our sleep. No, if we had to design the most unbearable version of hell that we could ever conceive, it would be far more simple: we’d be chained to a desk, seated in front of a computer (a PC, natch), and forced to write enthusiastically positive blog entries about the amazing city of Vancouver, 24/7… with maybe the occasional raping tossed in, just to keep it legit.

With this definition in mind (maybe minus the rape), meet Kent Hurl. As the sole esteemed blogger for Tourism Vancouver’s website, Kent is living in our exact vision of hell. While the Tourism Vancouver website itself is full of enough soaring, “quintessentially Vancouver” imagery (mountain biking, skiing, condos, a sunset) to render one flaccid for weeks, Kent’s blog is exponentially worse. Bursting at the seams with Vancouver pride, Kent muses semi-regularly about all things local, all things incredible. Recent entries include: the Aquarium, the Fairmont Hotel, the local food scene (described as “fabu-licious”), a Tori Amos live review (described as the “epitome of rock star”), and recent TransLink innovations. Basically, it’s the exact opposite of what we’ve been doing on Only this week, and it’s some of the most painful reading available on the web.

What did Kent do to meet with this sad, hellish fate? Did he murder an entire nursery school? Was he a thief? Sex before marriage? Swirly-faced pedophile? Whatever the reason, his punishment must be well deserved. The pain that he is certainly experiencing at every moment of his life is so great that it is unimaginable, for he is truly doing the devil’s work, and has the rest of an eternity to look forward to. Burn in Hell, Kent.