Vancouver's SOHO is Also its Asshole 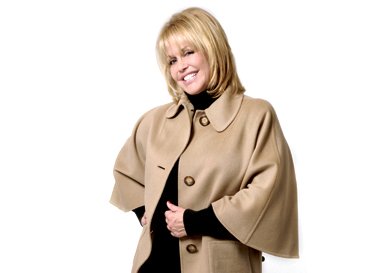 Buried in the pages of this month’s issue of Vancouver Magazine (the “Power 50” issue) lies a truly inspirational interview with Jacqui Cohen. Aside from the really dumb spelling of her first name, Jacqui has almost too much going for her. She loves to give to charity, hold functions relating to charitable things, be a good hostess, live in the second best house in Vancouver and stay looking fly. Because seriously, the lady is a total babe. Like, shwing. And oh yeah, she owns Army & Navy too, so she’s loaded. Being loaded makes giving WAY more fun, FYI. But we wouldn’t be wasting space on this hottie just because she’s some babeliscious philanthropist. No, Jacqui also happens to be a visionary. Truly. Just check out her revolutionary views on the future of the DTES, the neighborhood in which her flagship store is so prominently nestled.

What do you think is going to happen to the Downtown Eastside?

You mean Vancouver’s Soho? It’s already starting to happen. I’ve grown up there, so I can feel the synergy, the vibrancy in that area. What’s coming is exciting–I’m excited to be a part of it.

Err… yeah, totally. And Army & Navy is a fucking Barney’s.