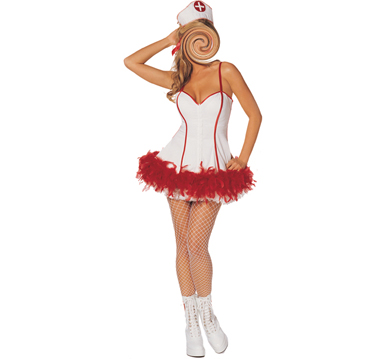 Putting together a Halloween costume can be a pretty stressful task. The perfect costume should be relevant, funny, and not completely overdone, like an ’80s metal head or prostitute. For those that follow the local news, this past year has been a goldmine for wacky original characters just begging for some All Hallows satire. Most of these characters were unfortunately on the wrong side of the law, be it shot or tasered to death, so the first thing you’ll need is a serious lack of ethical judgment. Although, in a way, that’s the best part about these costumes: your friends just need to dress up as cops and you’ve got a wicked theme costume. So here are a few easy, last-minute costumes influenced by real-life stories straight out of our humble city.

Tap Dancing Sexual Assaulter
Tap dancing superstar, Van “The Man” Porter, charged for sexually assaulting his adolescent students during private lessons, may not at first appear to be a prime target for satire, especially seeing as there is nothing cool or funny about sexually assaulting young girls. But when you look at a picture of this rat-goof, you’ll recognize the potential for a hilarious Halloween costume. All you’ll need are some tap shoes, a newsie cap, and loose-fitting pair of black khakis

Fruit-Stabbing Girl
Tasers have had a huge year, not only locally, but on an international level as well. First you had the kid getting tasered in the UCLA library by the campus police that someone caught on their camera-phone, and then there was the Don’t tase me, bro guy that broke all huge, that poor Polish guy got tasered to death out at YVR a week or two ago, and now there’s this girl they found stabbing the fruit over in North Van. Since she was totally taser proof, it makes her like a bit of a superhero. All you need is a knife in one hand and a backpack full of mangos to walk around stabbing.

The Swirly Face Pedophile
A week ago, Christopher Neil, a native of Maple Ridge charged with pedophilia, was apprehended by the Thai police. This piece of shit thought that his little Photoshop wizardry would keep him safe and happily ruining the lives of children around the world. Unfortunately for him someone CSId that shit and identified pedophilia’s response to globalization. Again, we have to note that raping children is so not cool and this man should burn, but imagine walking around with a mask of your face all Photoshop swirled. Hilarious.

Bruce Allen
Do whatever you think is necessary to look like a fat blow-hard. At first this costume will be kinda funny, but after about ten minutes you’re sure to be the most annoying person at the party.