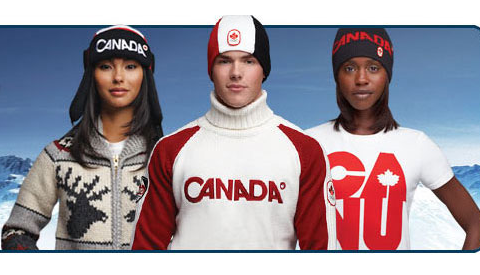 I kinda like the sweater the girl on the left is wearing. But we’re talking about one of the oldest company’s in THE WORLD, and this is the best they can do?? Roots, circa 94? Sigh.

I can’t think of a company that misunderstands its history as much as The Bay does. It’s sad and frustrating to watch it dwindle away to nothing. They released the Olympic uniforms today, and they’ve dropped the ball again.