They Shoot Horses, Donâ€˜t They? 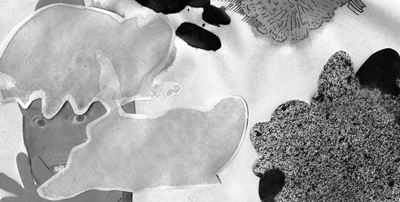 Josh: We’ve been compared to ska a couple times.
ONLY: Just because you have horns?
J: Yeah the horn section. I guess it’s interesting that somebody can hear that in us.
ONLY: I don’t think that’s interesting at all. That’s stupid. That’s just simplifying horns.
J: It’s amazing how the horns really throw people for a loop. The way we use the horn section is completely different from a ska band. We kinda treat our horn section like a guitar, which is painful for them. A guitar can very easily play lots of consecutive notes for a long time, but the horn players have to breathe, and that has sorta become a part of our style. A gasping horn section.
ONLY: Well you don’t get horns in many bands unless they’re ska bands. I’m trying to think of current bands that I listen to with horn sections.
J: The trumpet got pretty big. Chumba Wumba had a trumpet player. But the saxophone was pretty much shunned for a long time, and the trombone has never really had a place in rock.
ONLY: And you guys are definitely a rock band.
J: Um… we may rock more than most, but we are not a rock and roll band. Our beats are more marching band beats. That’s probably the closest reference: marching bands and oompa-type stuff.
ONLY: Then I guess horns really fit.
J: Yeah. We really try to resist doing any standard rock beats. If we had a rock beat in any of our songs, I think everyone would notice and think it was wrong – that it shouldn’t be there… Yeah I don’t think we’re a rock band at all. Actually, my aim is to reduce as much electric guitar out of the band as possible. If I could get the electric guitar right out of there I’d do it.
ONLY: You’d have no guitar?
J: Yeah, because it has a certain reference that people are gonna go to. If I’m holding an electric guitar, I’m doing the same thing that Ben Harper is doing, and that connection is there no matter what. Rock and roll is so guitar centric. People are still doing amazing things with the guitar, but you can use what the guitar does as a jumping point and do that with something else.
ONLY: Are you trying to have the horns emulate a guitar?
J: Not emulate, but there are certain things the guitar does that I think the horns can do in a slightly different way. Like the guitar can be really effective at an overwhelming repetitive riff that drives a song, and I think a horn section can do the same thing with a different effect. It’s not emulating. They’re not gonna sound like a guitar. But they could function in the same way.
ONLY: Like a High School marching band playing Satisfaction…
J: That’s pretty good.
ONLY: How much do you guys improvise in your live show?
J: I think that in the group we definitely like to have a structure, and then fuck up that structure as much as we can while adhering to that structure. So if there’s a beat that’s going 1-2-3-4, someone’s going to be hitting that beat every time, but someone might be so exhausted from blowing their trombone so much, that when they’re hitting the 1-2-3-4, they’re trying their best, but it’s not really happening right. So any kind of diversion from what we’re supposed to do comes about in a more natural way. Not some process. So if someone hits some crazy fucked up note, it’s more through human error. We’re emphasizing the structure so much that human error is inevitable, and winds up becoming a part of the music.
ONLY: So you don’t necessarily encourage it, but you try to provoke it?
J: Exactly. Credit Check: Voting is not just for squares

Beat Kids: 12 Steps to a Hangover