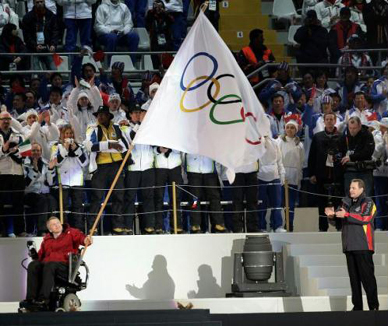 Nearly a month old, the city strike in Vancouver has managed to make an already incompetent Mayor Sam Sullivan look utterly useless. While municipalities across “Metro Vancouver” have figured out how to make peace with big labour, Sullivan seems bent on refusing to acknowledge the obvious: sign the five-year contract and shut the fuck up.

With all but the “essential services” being shut down by the strike–for some reason pitch ‘n’ putt, outdoor swimming pools and the Stanley Park miniature train were not consider essential–our garbage is now piling up in alleys, attracting flies and making us upchuck every time we throw out another sack of used teabags and condoms.

As both Sullivan and the union try to out Hoffa each other, the result of the strike is that the city is beginning to stink like shit because of something completely trivial and avoidable. But what doesn’t ever get brought up is that there is only one portion of society that is truly suffering from this excess poop. Most of the rich folk in the West side all have private garbage collectors and life is continuing without a hitch of stench. But the po’ folks on the East side are the ones that depend on city workers to pick up their trash and are now the ones swimming in their neighbours’ semen. So why is one half of the city paying for labour bullshit while the other half gets off?

The answer is that Sullivan is fucking the Eastside in its asshole with a broken broomstick in a desperate move to save his pathetic political career by trying to look tough against the commie unions. The Westside is Sullivan’s base. That’s why he worked so hard to squash the Ward referendum (the at-large voting system allows the West side to control the city). With a prolonged strike the city saves millions, which it is already planning to pass onto homeowners by cutting their property taxes (which side of Vancouver owns expensive property?), and our mayor gets to finally look firm on something.

But all the blame doesn’t belong to Sam. The unions have done such a shitty job in trying to communicate their position and have used Sullivan’s incompetence to try and make themselves look like martyrs. So while they get to look “bruised and battered,” their brothers and sisters are out of a job and forced to picket for peanuts. Their stand has far less to do with solidarity than it is trying to sink Sullivan and ensure a Vision/COPE victory in the 2008 municipal election. Thanks guys.

So now that you know the reason, what is the solution? Take your garbage to City Hall and dump it by the Olympic flag or the ridiculous statue of George Vancouver. Take it to Kerrisdale and spew it throughout the street. Take it to the CUPE head offices and leave it outside its main doors. Take it to Yaletown, find Sullivan and shove your shit up his ass, back from where it came.