Eighty One was a pretty mixed bag of a year for horror movies. There were classics like My Bloody Valentine, Friday The 13th part 2, An American Werewolf in London, Scanners, Halloween 2 and The Howling. Then there were the B grade shlockers like Crocodile, Frankenstein Island, Hell Night (with Linda Blair) and Piranha 2: The Spawning and even some remarkably gory efforts from the Italian maestros like Lucio Fulci’s The House By The Cemetery, Gianetto de Rossi’s Cannibal Ferox and the classic Italian “gorror” Antropophagus. But then there was Student Bodies and Saturday the 14th; two of the first American movies in what would become a mainstay in the horror subgenre – the horror comedy. Blending comedy (natch) and self-referencing horror elements these films played up on the expectations and conventions of the traditional horror film and then, well, had fun with it.

Credit Check: Twittering that the Major Media reported on Facebook

Hey, we're all for washing your hands

COPE and Vision are like Brent and Wayne Gretzky

How To Win A Contest 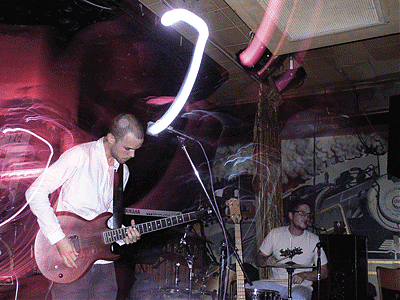